There are folks who have boated for years and have never gone through a lock. Then, there are those who enter a lock virtually every time they motor out to a favorite anchorage, fishing spot or waterside restaurant — not to mention cruisers who lock through regularly to en route to their final destination.


While recreational boaters generally appreciate this service, they pretty much take it for granted. They probably understand that pleasure craft have the lowest locking priority — after military craft, commercial passenger craft, tows and fishermen — but none know what it actually costs to lock a boat through.


They’re not alone. It turns out even the U.S. Army Corps of Engineers finds that figure difficult to determine. This, along with a reticence to implement plans to bolster funding to the Corps, has led to service reductions at 63 locks and dams throughout mid-America in the last few months.


So, how did we come to be in this position? Money to operate and maintain the 236 locks and 12,000 miles of navigation channels the Corps maintains comes from a couple of sources. The Inland Waterways Trust Fund was created in 1986 to generate funds for major capital expenditures and construction. It established a 50/50 match between the federal government and commercial users, who paid a 4-cents-per-gallon diesel fuel tax. That rate was increased in 20 cents per gallon in 1994, where it has stayed. The fund had a surplus until 2009 but has been declining since.


In 2010, legislation was proposed to increase the fuel tax by 6 to 9 cents per gallon, but no action was taken. In the last five years, lock user fees have been proposed twice to Congress. The first time, the idea was to replace the fuel tax; the second attempt was an increase to the tax. Due to strong opposition from the commercial users, the proposals died.


The part of the Corps’ budget that has affected service at locks is the Operations and Maintenance fund. Congressional appropriations have dropped for years, while maintenance and operation costs have been steadily rising. Locks are designed for a 50-year service life, and the average age of the locks the Corps maintains is 58 years.


“These locks are functioning well, but the service maintenance requirement is increasing,” said James E. Walker, project manager for the Corps. “[Reductions in service] won’t be popular, but these are the things we have to do nowadays.”


The Corps has been studying ways to manage their shrinking dollars for some time while still maintaining a high level of service and maintenance. Around 2004, they considered having a competition pitting them against private companies running the locks to see which one was more efficient. But they determined the cost of the process would be greater than the savings.


Eventually, a group was created to consider any and all ideas that would improve the situation. It was composed of representatives from different districts throughout the country, and its job was to find a way to prioritize where the limited funds should be spent. In the end, it came down to where to cut what.


A major goal was to establish a uniform and consistent approach to evaluating operations and levels of service (LOS) on the various river systems. Because the group was charged with maintaining the rivers and locks and dams for commercial users, it decided to categorize all the locks by tonnage and commercial lockages.


These were general guidelines for the individual districts, created with the understanding there could be local factors that could affect these recommendations. The idea was to use the guidelines “when they made sense,” said Kenn Shoemaker, who was a member of the group. There was also the provision that the LOS could be reviewed annually using a three-year average, because lock usage can change significantly due to high water, low water or unexpected maintenance problems.


While reductions and even lock closings to recreational traffic have occurred on 22 river systems, the fallout for many boaters like those doing the Great Loop and those interested in high-profile fishing tournaments has not yet become too great.


Janice Cromer, executive director of the American Great Loop Cruising Association (AGLCA) says she doesn’t feel there will be much impact. “Our Loopers are pretty flexible,” she said. “They’ll just adjust their looping schedule.”


The Deep Creek Lock on the Dismal Swamp Canal, for instance, will continue with its four daily lock openings. However, that could change if funding is reduced or even if there is a lack of rainwater in the canal.


Large scale fishing tournaments also are handling the changes. Bill Taylor, director of tournament operations for FLW Outdoors said the reductions “should not affect us in the long range.” He said the group understands the Corps of Engineers needs to run efficiently and has always had good relationships with the locks.


“My experience tells me they will work with the general public,” he said, adding that if problems to occur, FLW will simply make the necessary adjustments.


Smaller, more localized tournaments and local fishermen are feeling more of a pinch. There are some of these in HeartLand Boating territory.


The area that has been hardest hit is the Upper Allegheny and Upper Monongahela rivers above Pittsburgh. Locks 6-9 on the Allegheny are now closed to recreational traffic because of too few commercial lockages, and the Opekiska and Hildebrand locks on the Upper Monongahela are also closed. The Morgantown Lock had 140 commercial locks, so it will remain open on weekends.


As the Pittsburgh district and others moved toward reductions in service, public meetings were held and many alternatives were put forward. Both the Allegheny River Development Group and Upper Monongahela River Association drafted alternative suggestions to the Corps. They proposed forming corporations that would pay trained but non-Corps personnel to operate the locks for one shift on approximately 49 days.


The Allegheny group has not heard from the Corps, but the Corps’ response to the Monongahela group was that these corporations would have to assume total liability for both the personnel and the equipment. Included in that was the stipulation that if any damage occurred at any time, it would be up to the group to repair it. Barry Pallay, vice president of the Upper Monongahela River Association, said they are disappointed in the Corps’ response because the conditions suggested “are not feasible or practical for U.S. or any other entity.”


The groups now plan to encourage their Congressional delegations to become involved. Included might be pushing for a broader definition of who “commercial” river users are. Bill Knapp, owner of Rosston Eddy Marina, who now finds himself in a nine-mile lake, feels he is certainly commercial, as do the bars and restaurants people formerly reached by locking through. Another definition of commercial would consider the numerous fishing tournaments that utilize several pools that bring in a large amount of revenue to a local area. It’s common for contestants to lock through multiple pools.


Getting the Congressional delegation involved seemed to be a factor in keeping the locks open on the Alabama River and Apalachicola-Chattahoochee-Flint (ACF) river system. The three locks on the Alabama had only a combined total of two lockages, and the three on the ACF had none, so it was feared all the locks would close. But following a letter signed by the entire eight-person Alabama Congressional delegation, the decision was made to keep maintenance personnel at those locks for 10 hours a day, four days a week beginning in February. Hours will be Friday through Monday, but not on federal holidays. The maintenance people will be there to “exercise the equipment,” and if recreational boaters are there at those times, they can lock through. Hours will be irregular, so boaters need to call ahead. Any commercial users must schedule an appointment.


At the upper end of the Mississippi River in the Minneapolis area, Lock 1, Lower St. Anthony Falls and Upper St. Anthony Falls locks will have reduced service as of this navigation season and will be operational seven days a week from 7 a.m. to 2 a.m. These had lockages in the 800s and generally operate as a system, as there are no commercial terminals between them. Some tour boats did enter and leave just one lock.


The Kaskaskia River flows into the Mississippi at river mile 117, and the Kaskaskia Lock is located 0.8 miles off of the Mississippi about eight miles upstream from Chester, Ill. With 449 lockages, it reduced hours to 20 hours a day, seven days a week. However, lockages went up in 2012, partially due to a coal-fired plant that has only been on-line one year. There’s also a new port facility that will draw traffic.


The Nashville District is reducing service at three locks it maintains, two on the Tennessee River and one on the Cumberland. As of January, service at the Nickajack and Guntersville locks was reduced to 20 hours per day, with closures from 2 a.m. to 6 a.m. On the Cumberland, the Barkley Navigation Lock will have the same hours of operation.


According to the Mobile District, the information on the list showing the number of lockages on the Black Warrior-Tombigbee Waterway is incorrect, and all the locks there had over 1,000 lockages a year and will remain full service.


The basic problem, according to many people in both the private and public sector, is serious underfunding of the U.S. Inland Waterway Navigation System. But given the desire in Washington, D.C., for greater budget cuts, decreased service could become more of an issue for boaters in the future. 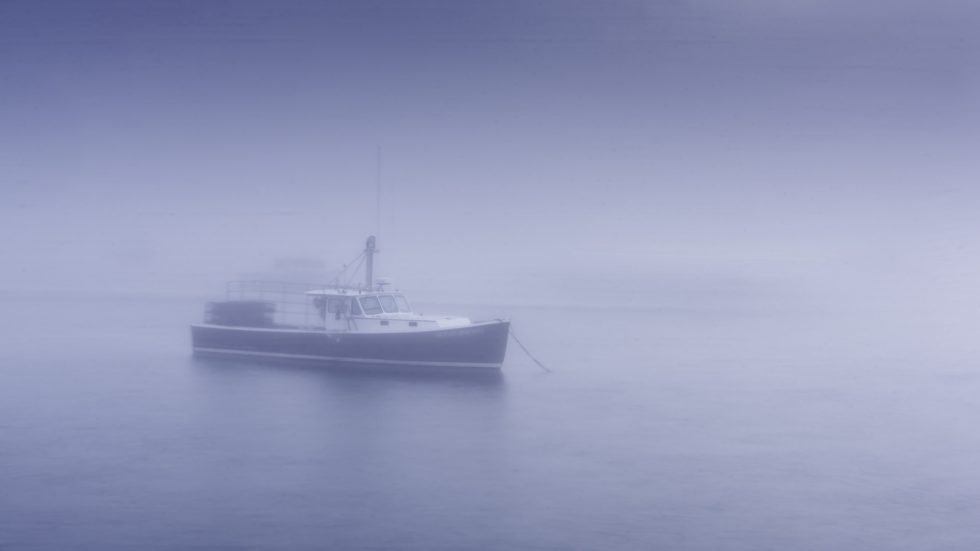 Updated: 8/11/2022 While working in my salvage business, I received a call from the Coast Guard requesting I determine the position of a vessel calling for help in foggy conditions. The captain said he needed medical assistance. So, using my radio direction finder (RDF), I located his boat and began communicating with him. I asked […] Read More