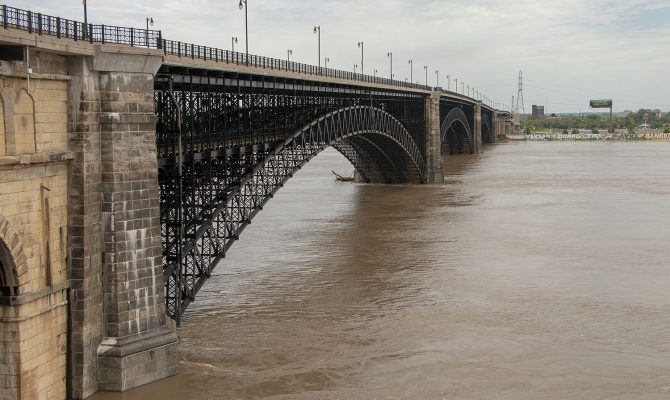 Cumberland River
The Inland Waterways are full of historic markers and scenic beauty. One aspect that distinctly sets one mile apart from another is the myriad bridges that span from one bank to the next. A highlight of any thru-boating trip is getting to see these various structures and the communities that they serve. Take a look at five historic bridges along the Inland Waterways: 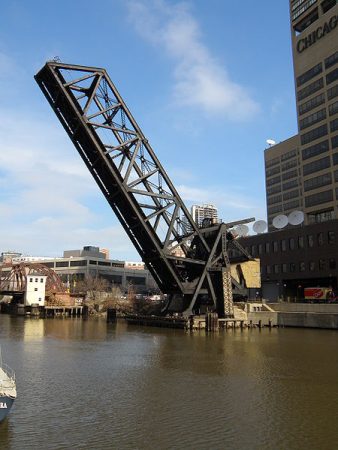 Opened in 1908, this Bascule Style railroad bridge crosses the Northern Section of the Chicago River. Currently fixed in the upright position, it was once the longest bascule bridge in the World.

Cruising through downtown – either by tour or personal craft – it provides a prominent juxtaposition of early 20th Century engineering against the modern Chicago Skyline. 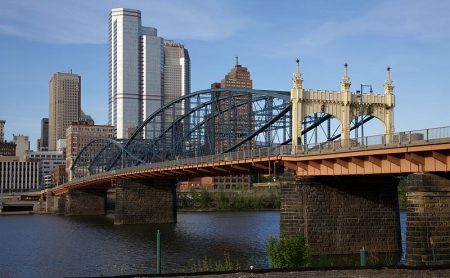 Known as “Three Rivers City”, Pittsburgh has a plethora of bridges that connect to the city center – with the oldest being the Smithfield Street Bridge. Constructed from 1881 to 1883, this is the second oldest steel bridge in the United States and utilized the stone masonry piers in place from the prior bridge in the same location. Originally serving as the final railcar line to the city, it spans the Monongahela River. Adapting to vehicular and commuter traffic in the city, the bridge now has paved lanes and a pedestrian walkway. A renovation in the ’90s provided new paint and lighting – making it one of the most distinct and historic landmarks in the city. 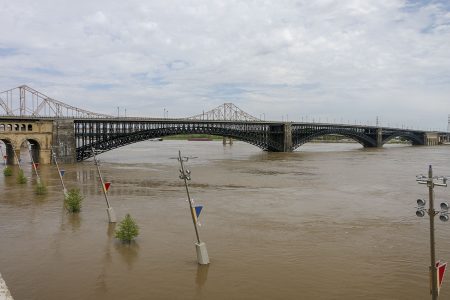 As the oldest surviving bridge to span the Mississippi, the Eads bridge is a defining feature of St. Louis and River History. Completed in 1874, the spans of the bridge were the longest in the World at the time along with the deepest underwater water construction to date – with the foundations extending more than 100 feet below the surface of the water. The process of laying these foundations became a model for future projects, including the Brooklyn Bridge.

Cruising North or South on the Mississippi, going under this bridge is quite the experience with the expansive view of the Gateway Arch from the North or the widening of the River South to the Mississippi, Missouri and Illinois River Confluences. 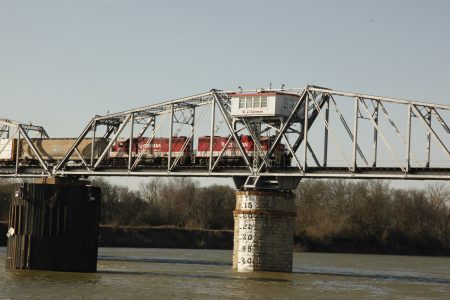 On a smaller, more remote scale, the Clarksville Swing Bridge spans the Cumberland River and is one of the oldest swing bridges in the United States. Completed in 1891 as a rail line to connect the metropolitan areas of Louisville and Nashville, it is still in service as a functioning rail line today under the R. J. Corman Railroad Group. Still manned on call, the bridge operates 24 hours 7 days a week to accommodate for tows and larger transient boats operating on the Cumberland. With the historic town of Clarksville – and the Clarksville Marina – located nearby, it makes for a good entrance or exit to an overnight stop on the bucolic Cumberland River. 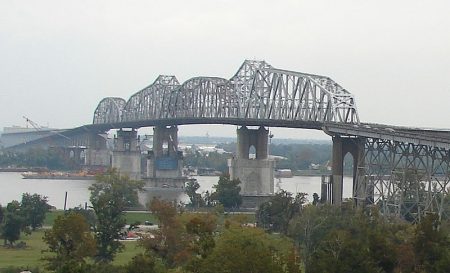 Located at Mile Marker 106 on the Mississippi River, The Huey P. Long Bridge is a through-truss bridge that carries rail and vehicular traffic upriver from New Orleans. Completed in 1935, it is one of the longest rail bridges in the United States – specially constructed to avoid the “hump” that usually accompanies bridges of similar length.

Considered the Gateway to the Gulf, this bridge –just North of New Orleans – makes for an excellent entry or exit for cruisers coming in our out of the Inland Waterways.

Have some great shots of bridges while cruising on the Waterways?  Feel free to send photo submissions to zac@wjinc.net 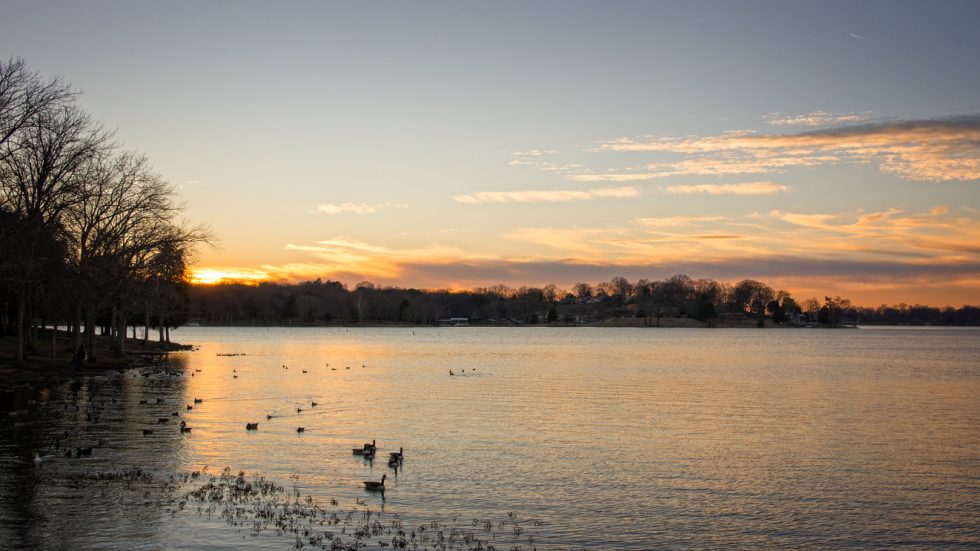