Ohio River Most Polluted in U.S. 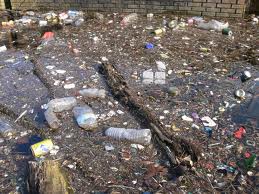 The Ohio River Valley Water Sanitation Commission (ORSANCO), a compact among eight Ohio River states and the federal government founded in 1948, recently released its latest report on pollution for the year 2013. It again found  the lower Ohio River to be the most polluted body of water in the U.S., with about 23 million pounds of various chemicals released into it.

“The Ohio River, since 2001, has received the most chemicals released into a water body in the United States, and 2013 was no exception,” the report said. It said 92 percent of releases were form one class of chemicals, nitrate compounds, which are widely used in fertilizers. Although nitrate and nitrate compounds are not among EPA’s 126 priority pollutants, they are listed as a toxic chemical by Emergency Planing and Right-to-Know Act (EPCRA).

About 73 percent of the total release come from one facility in Rockport, Ind., a carbon and steel finishing operation.

The report is available at www.orsanco.org.