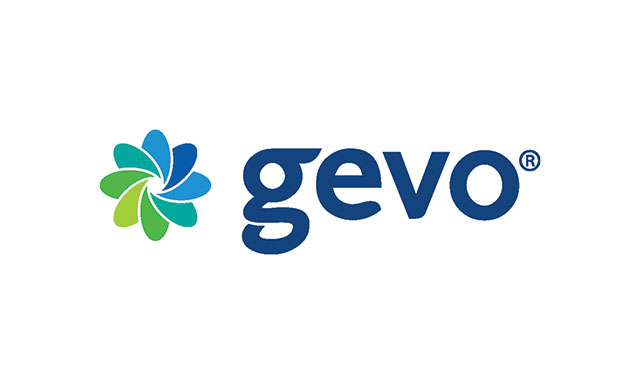 Eight years ago, Gevo, a renewable energy company based in Englewood, Colorado, began experiments with isobutanol, an organic compound found in a variety of berries, cheese and bread, as well as drinks like brandy, gin and coffee. Gevo considered it a promising alternative to ethanol, one that potentially could be used as a solvent, or mixed with gasoline, in order to create a bio-blend fuel that would meet the new Renewable Fuel Standard.

In 2011, the company stepped up its efforts, purchasing an ethanol plant in Luverne, Minnesota, and retrofitted the facility to produce isobutanol alongside ethanol. The initial goal of creating a biofuel alternative gained resonance as higher volumes of corn-based ethanol blended fuel spread into the market and boating consumers began to register their complaints. In particular, fuel blends containing higher levels of ethanol appeared to cause corrosion in engine parts, especially in engines that are used infrequently, like boats.

By contrast, tests of isobutanol-blended gasoline showed the fuel to be moisture resistant. Isobutanol also reduced corrosion of engine parts.

Key Stakeholders
As it tested isobutanol, Gevo developed a relationship with important industry players. One key contact was ValvTect Petroleum Products, the nation’s largest supplier of fuel additives for the marina industry. “We met them a couple of years ago at a trade show,” said ValvTect CEO Marvin Griffin: “Since then, we have been in communication on an ongoing basis, and we have visited their offices in Colorado.”

The more Griffin found out about the isobutanol research, the more he liked it. “I was interested in the entire ‘refining’ process and the fact there is less chance of phase separation with I16,” Griffin said. ValvTect prides itself on providing stable fuel additives that enhance engine performance, boost efficiency and extend the life of an engine.

Along the way, the Environmental Protection Agency (EPA) recognized isobutanol as a fuel additive, clearing an important roadblock to the sale and distribution of the fuel.

Then, in June 2015, the National Marine Manufacturers Association (NMMA) endorsed isobutanol as an alternative to ethanol for use in marine engines. In its announcement of the decision, John McKnight, senior vice president for government relations at NMMA, noted, “The recreational boating industry is proud to be on the leading edge of renewable fuel research as we continue to work toward a solution for our industry and the many others that are impacted by the Renewable Fuel Standard.”

Gevo worked with Oil and Octane Shop out of Springfield, Missouri, to test its isobutanol blends on widely used marine engines, such as those made by Mercury Marine. Impressed by the results, the team at Oil and Octane Shop began recommending isobutanol to its marina clients, including Harbor Marina at Lake Pomme de Terre in Missouri.

“My fuel supplier introduced me to the idea of blending Gevo’s renewable isobutanol with the straight, ethanol-free gasoline my marina was previously offering,” said Harbor Marina owner Todd Spencer. “At Harbor Marina, we pride ourselves on providing the best in entertainment, food and beverages — and now we can add ‘the best-in-marine fuel.’” On September 2, Harbor Marina became the first marina in America to sell gasoline blended with isobutanol at the pump.

Expansion Plans
Today, Gevo’s Luverne plant continues to produce ethanol, but production of isobutanol at the site is increasing fast. In 2016, the company expects it will produce between 750,000 and 1 million gallons of isobutanol at Luverne. Some of the fuel is destined to power off-road vehicles, and some will be blended into solvents. But most of the isobutanol that Gevo produces will be targeted toward the marina industry. For now, the most prominent blend is likely to be gasoline with 16 percent isobutanol, so-called I16.

Gevo first plans to introduce its isobutanol fuel to marinas on waterways across Missouri and into Arkansas, including Lake of the Ozarks and Table Rock Lake. As word spreads, Dr. Patrick Gruber, CEO of Gevo, is confident more boaters will embrace the biofuel. “It’s fun to prove to people that biofuels can deliver high performance. It’s a new paradigm,” Gruber said.

Usually new paradigms become apparent only slowly, but the shift to isobutanol may take place faster than many realize. To some degree that’s because the expansion plan enjoys ValvTect’s support. “We have targeted a couple of Certified ValvTect Marinas to see if they would like to work with Gevo and a fuel supplier to bring I16 to them,” Griffin. On November 5, ValvTect officially announced it would offer I16 to its marina clients in 2016.

“When combined with ValvTect’s marine fuel additive, you’re looking at a final product that we believe is a superior fuel for boat engines,” Griffin said. “This is a winning scenario for all parties: ValvTect, Gevo, marinas and boating enthusiasts alike.”

Currently, ValvTect delivers fuel additives to more than 700 marinas across the U.S. Through ValvTect’s network, Gevo-produced isobutanol could be available at more than half of the marinas in the country before long.