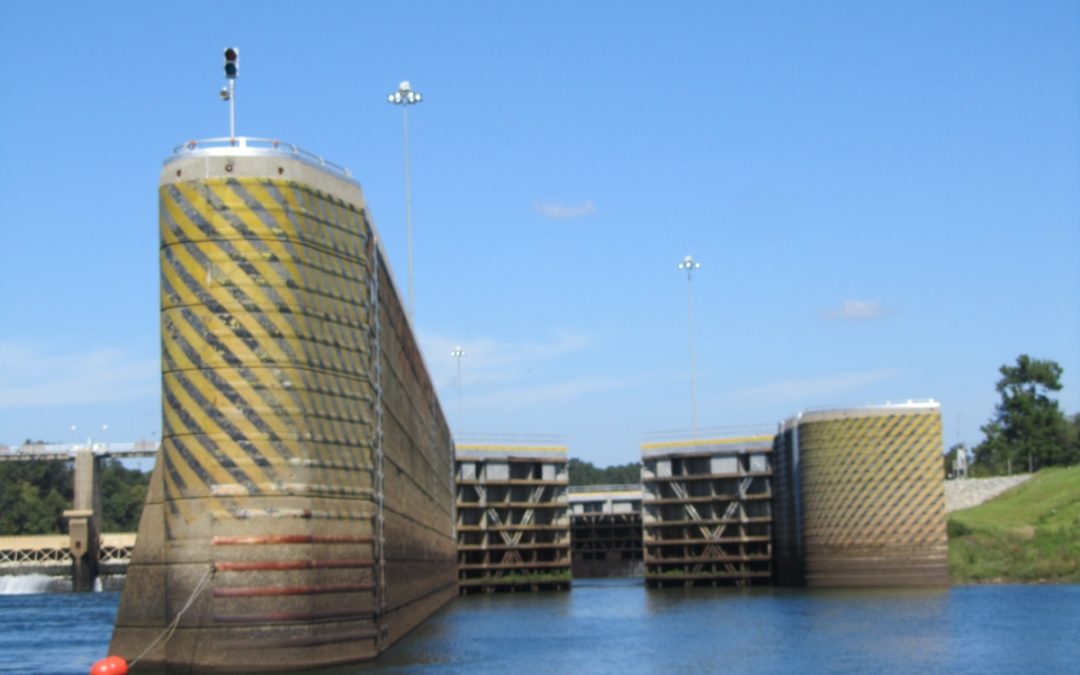 In June, the Army Corps of Engineers announced the closure of the George W. Andrews Lock (pictured) at Mile 153 on the Chattahoochee River to all navigation. It’s the second lock in the past year on the lower reaches of the Southeast Georgia river to suffer closure due to limited funding. Just north of the George W. Andrews Lock near Fort Gaines, Georgia, the Walter F. George Lock presented major structural issues last summer, which led to its closure “to any traffic other than that which is absolutely critical,” said Wynne Fuller, operations division chief for the Corps’ Mobile District.