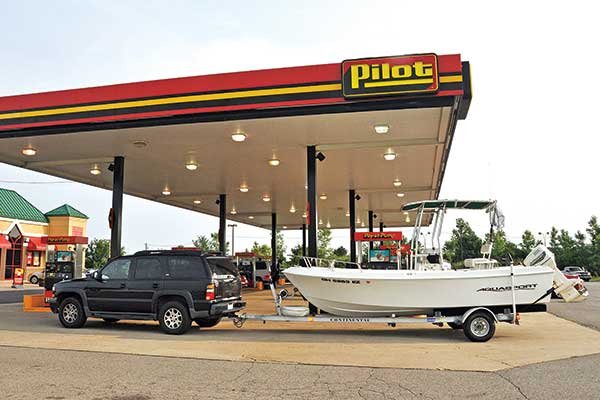 As the Memorial Day weekend kicks off the summer boating season, Boat Owners Association of The United States (BoatUS) and National Marine Manufacturers Association (NMMA) urge boaters to be mindful when selecting fuel for their boats, especially as the federal government’s Renewable Fuel Standard (RFS) is increasing the risk of consumer misfueling. Even one mistake at the pump can be the source of expensive, warranty voiding repairs and dangerous engine failure.

“Boaters can’t assume that every fuel sold at gas stations will work in marine engines,” said BoatUS President Margaret Podlich. “Boats can only run on 10 percent or less ethanol content (E10) fuel — and we know many boaters prefer to use ethanol-free (E0) when possible. Unfortunately, as a result of the federal ethanol fuel mandates, boaters may face a much harder time this summer finding the E0 fuel they want. And with more E15 (gasoline with 15 percent ethanol) forced into the fuel supply by the RFS, the threat of accidental misfueling — especially at gas stations with blender pumps — is growing.”

“Our priority is always to keep boaters safe,” said NMMA President Thom Dammrich. “By increasing the share of fuels in the marketplace that are unsafe for marine engines, the federal government’s RFS is putting boaters at risk. Research shows the costly price of accidentally misfueling a boat with E15 can include stalling, corrosion, fuel leaks, damaged valves and complete engine failure — each of which could put boaters and their safety in jeopardy. Now more than ever, with E15 on the rise, the threat of misfueling is real.”

An estimated 95 percent of boats are filled at retail gas stations, but a 2016 Harris Poll commissioned by the Outdoor Power Equipment Institute found a startling 60 percent of consumers believe any gas sold at retail stations is suitable for all engines and products. Further, only 36 percent know E15 is harmful to some engines — with just five percent aware that its use in those engines is also illegal.

The federal ethanol mandates, known as the RFS, require increasing amounts of biofuels — including corn ethanol — to be blended into the US fuel supply every year. This growing mandate forces higher quantities of fuels such as E15 into the marketplace, often at the expense of E0 ethanol-free fuel, and even though fuels with more than 10 percent ethanol are illegal to use in marine engines, motorcycles, outdoor power equipment and cars model year 2000 and older.

Though the government is aware that the RFS is changing the makeup of the fuel supply, it has undertaken no serious education campaign — beyond requiring small warning labels on fuel pumps — to inform boaters and other consumers about the problems they may face from improper or accidental fueling. The boating industry and others have sought to fill the gap and inform the public about the need to be vigilant when fueling and not assume that just because a gas station sells several fuel types from the same pump that each is suitable for marine engines.

For more information on proper marine fueling, fuel-related maintenance, and boating industry efforts to reform federal ethanol mandates and the supply of E0 fuel, visit BoatUS at BoatUS.com and the National Marine Manufacturers Association at NMMA.org.