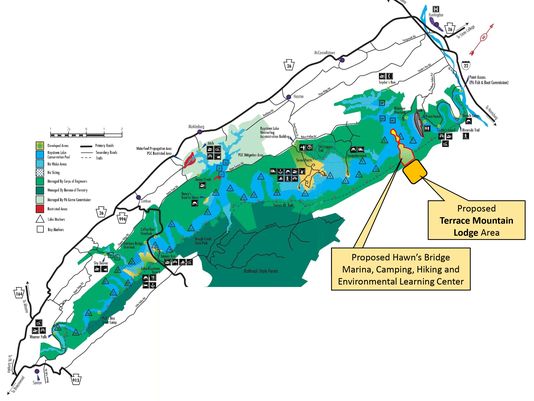 Public Opinion News (http://ponews.co/2huTqP6) reported that a resort hotel and marina has been proposed for Raystown Lake in Pennsylvania.

Rod Roberts, a developer from Austin, Texas, has proposed leasing 400 acres of lakeside property near the dam held by the Army Corps of Engineers. The plan includes a marina of 100-plus slips, cabins, primitive campsites, a restaurant and an environmental center, according to published accounts.

The Army Corps constructed and manages the 8,300-acre lake, which has 14 recreation areas. Raystown Lake opened in 1975.