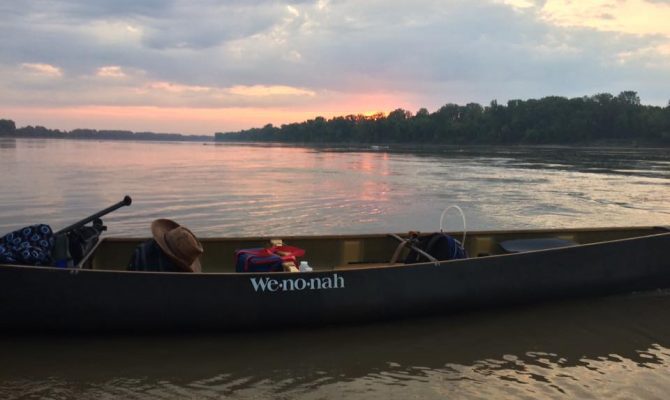 Destinations
Kansas City, Mo. — Starting point for the annual Missouri American Water MR340 — the World’s longest continuous river race. Launched in 2004 during a time when social media consisted of niche forums attached to websites, the race still maintains its grassroots origins and in some ways mirrors the small town Americana path that it follows — with an appreciation for the river and the many river towns that it passes through. 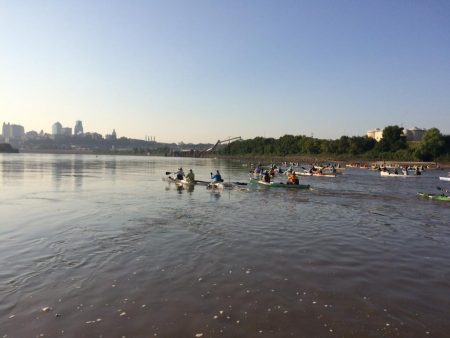 Paddlers set off from Kaw Point. Photo from 2017 race. 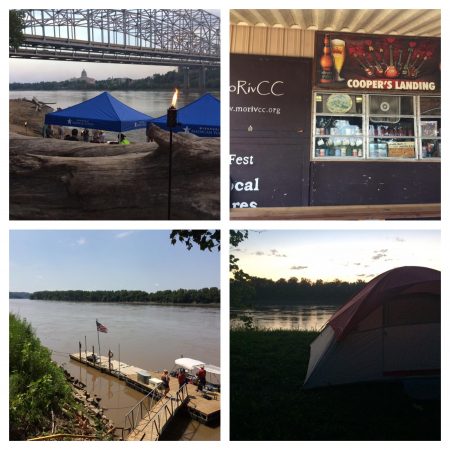 The race passes through numerous river towns — including the state capital — and makes a stop at one of the only marinas on this stretch of the Missouri known as Cooper’s Landing.

Running the entire length of the Missouri River through the state of Missouri, paddlers — either solo or part of a multi-person team — begin at Kaw Point with the Kansas City Skyline as a backdrop and make their way 340 miles downstream to the finish line in St. Charles, Mo. Each boat is allowed to have one ground crew that tracks ahead of them to each checkpoint to provide food, hydration and medical assistance, if needed. 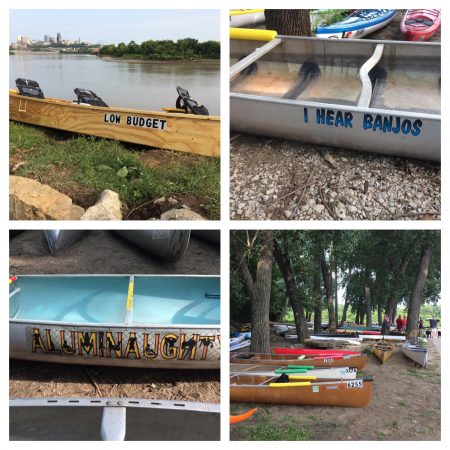 Other than divisions by number of participants in a boat, there are also categories such as the DIY category and aluminium category.

Beyond the physicality of paddling 340 miles non-stop, the paddlers also have to, quite often, contest with the mid-August heat that can reach temperatures well above 100 Degrees Fahrenheit out on the open water. Other obstacles include the notoriously unpredictable river conditions of the Missouri Waterway — including submerged wing dikes, barges in tow and early morning fog. For this reason, Race Director Scott Mansker puts safety at the forefront of almost every pre-race communication — with a mandatory safety meeting the night before the start. 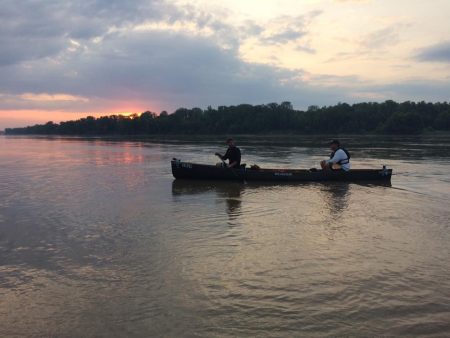 Quite often, teams have to wait until thick early morning fog has lifted before continuing.

In addition to a mandatory safety meeting, other rules include outfitting your boat with the proper set of navigation lights for paddling through the night, proper PFDs, a safety whistle and staying ahead of the 88 hour cutoff limit — the latter being the reason the race has adopted a motorized “Reaper Boat” that tails the back of the pack and serves as a warning that you might be close to not making the cutoff time. 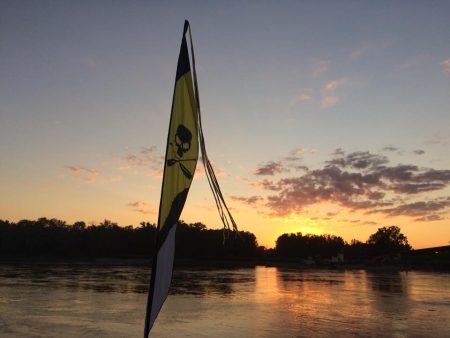 Each check point is marked with the infamous skull and paddle bones. 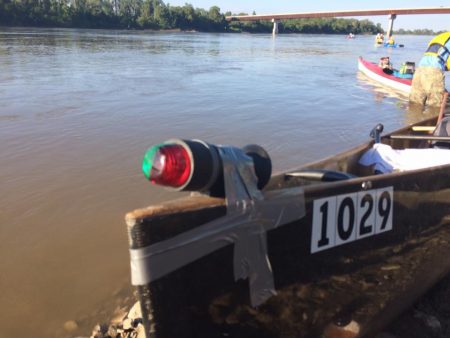 Navigation lights are required on every boat.

With historic flooding in 2019 postponing the annual event — and the pandemic nearly derailing the 2020 race — folks are looking forward to a sense of normalcy in 2021. However, with a race that relies so heavily on safety (and one that in a way encourages solitude), the appropriate precautions — including proper social distancing between teams and other ground crews — will still be in place.

For more information on the race and opportunities to partake in the July, 2021 event, visit https://rivermiles.com/mr340/