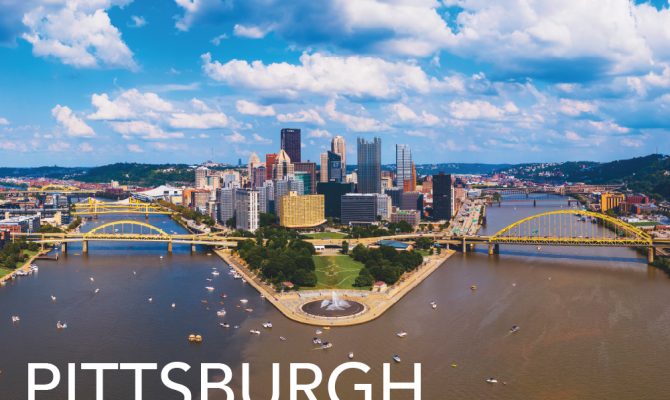 Pittsburgh is a city that has never forgotten its roots as a hard-working, blue collar town, built at the confluence of the Allegheny, Monongahela and Ohio Rivers. Now, however, it is also a bustling hub of culture, nightlife and culinary delights.

Rivers Casino is downtown Pittsburgh’s only casino and home to slots, table games, live entertainment and numerous dining options. During the summer, boaters will drop anchor within earshot of the outdoor amphitheater to catch one of the numerous local and national acts. 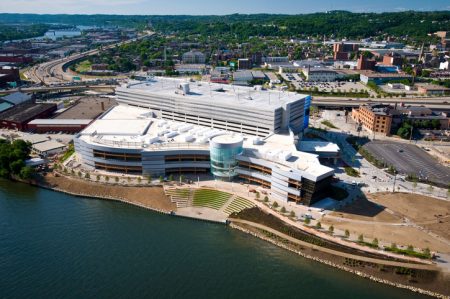 Just upriver and next door is the Carnegie Science Center, featuring the U.S.S. Requin, a decommissioned submarine from the post-World War II era. The science center also includes a planetarium, giant cinema and numerous other attractions. The adjacent Highmark SportsWorks offers interactive experiences for visitors of all ages. Also nearby is Heinz Field, home of the six-time Super Bowl Champion Pittsburgh Steelers and University of Pittsburgh Panthers football teams. Although football takes over in the fall, the stadium hosts national concert tours at other times. 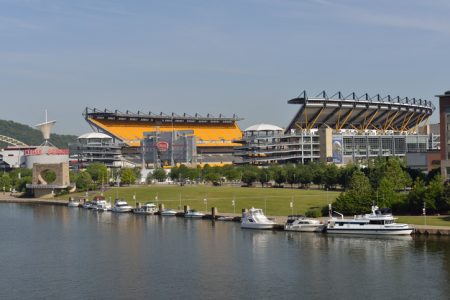 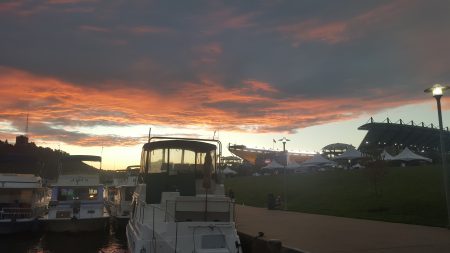 PNC Park is home to Major League Baseball’s Pittsburgh Pirates. A public wharf also lines the outfield, but beware of occasional out-of-the-park homerun balls. The surrounding area offers restaurants, nightclubs and hotels. The Andy Warhol Museum is just a short walk away as well as a stop along Pittsburgh’s Light Rail subway system called “The T,” where fares between the North Shore and Downtown are free. This provides an easy way to cross the river and experience theaters, restaurants and historical landmarks.

Another public wharf is adjacent to the David Lawrence Convention Center. It provides easy access to the Cultural District, home to numerous theaters and fine dining options, and the closest public access to the famous Strip District, home to more restaurants, bars, shops, markets and Primanti’s, where the sandwiches come with meat, cheese, tomato, coleslaw,and fresh-cut french-fries all piled in between two slices of Italian bread.

Two marinas with occasional openings for transients are Lock Wall One Marina, a small marina located at the other end of the Strip District, and Washington’s Landing Marina, downtown Pittsburgh’s largest full-service marina. In addition to gas, diesel and service, Washington Landing is also home to Redfin Blues, a popular waterfront dining and drinking destination.

Although outside of the city and through a lock, Fox Chapel Marine has the largest marina and boat dealership in the area. They also offer service with two travel lifts, one of the best ship’s stores in the area and the Baja Bar.

Over on the Monongahela, boaters will see Mt. Washington towering over the city. The Landing and Marina at Station Square has several courtesy/transient docks for boats up to 25 feet. Larger boats should check for availability. The marina provides access to the Station Square entertainment complex. The old railroad station now houses restaurants and shops only an elevator ride and a few steps from the marina. Pittsburgh’s famous incline cable cars are just a short walk. 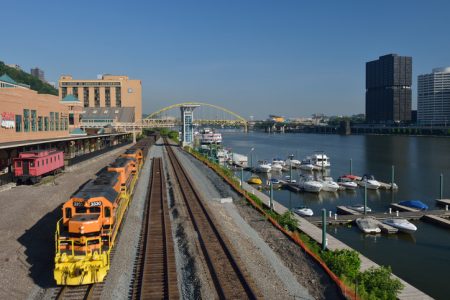 Boaters will travel a few more miles before coming upon South Side Marina and the South Shore Riverfront Park. South Side Marina is one of the newest and largest Marinas in the area with some dedicated transient dockage. For those that don’t need shore power and water, dockage at the South Shore Riverfront Park is free. Both facilities are steps away from Carson Street, lined on both sides with every type of bar imaginable, covering nearly 20 city blocks.

With three rivers and a city teeming with life, Pittsburgh is a great city that offers a little bit of everything for every taste.