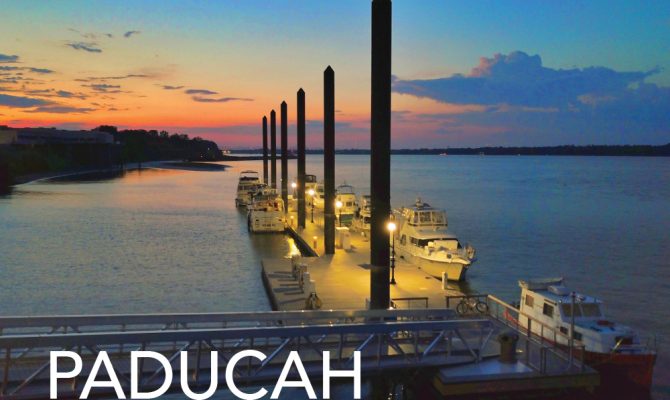 At the confluence of the Ohio and Tennessee rivers, Paducah, Ky., offers rest and relaxation with an award-winning transient boat dock adjacent to a newly constructed park extending into the Ohio River. 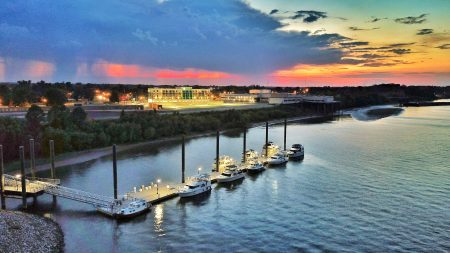 Within two blocks of the dock are the seasonal farmers’ market, the National Quilt Museum of the United States, Holiday Inn Paducah Riverfront, which opened in 2017, and Paducah’s convention complex, the Schroeder Expo Center, Julian Carroll Convention Center and Paducah Dome Pavilion. The heart of downtown Paducah is within four blocks, an easy walk down the recently expanded Greenway Trail. Downtown offerings include numerous shops, restaurants, galleries, museums and three blocks of Robert Dafford’s floodwall murals, with 50 panels celebrating Paducah’s history. The murals were named the most popular tourist attraction in Kentucky by TripAdvisor. 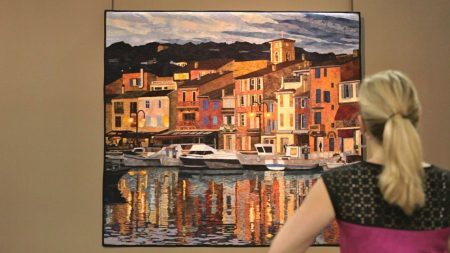 Architectural Digest magazine named Broadway among the “Most Beautiful Main Streets in America.” Also close by is Paducah’s Lower Town neighborhood, nationally known as a working artist enclave and for its beautifully renovated historic homes.

In 2019, Paducah was selected to be one of five pilot communities on the Tennessee Riverline initiative, a vision for America’s next great trail system, and the effort to continue to emphasize the river as a community focal point continues.

Paducah opened its 340-foot transient boat dock in September 2017, quickly becoming a popular stop for those completing The Great Loop. The dock received both the 2017 and 2018 Boaters’ Choice Award through Marinas.com based on boater reviews. In 2018, 360 boats docked, spending a total of 522 nights. Overnight reservations are accepted online and are available for up to 14 consecutive nights. Daytime temporary moorage is allowed at no charge from 11 a.m. to 5 p.m. Amenities include fuel (diesel and marine grade gasoline), water, power pedestals and a sewer pump-out station (seasonal for water and sewer amenities). Boaters may call 270-538-9849 between 8:30 a.m. and 4 p.m. for reservations, to request a fuel attendant or to find out about any high-water conditions that may occasionally affect docking.

Along with the National Quilt Museum (215 Jefferson St.), highlights of a trip to Paducah include the Yeiser Art Center (200 Broadway) and the River Discovery Center (117 S. Water St.), where visitors can captain a towboat, speedboat or Coast Guard buoy tender through various scenarios in a pilothouse simulator. 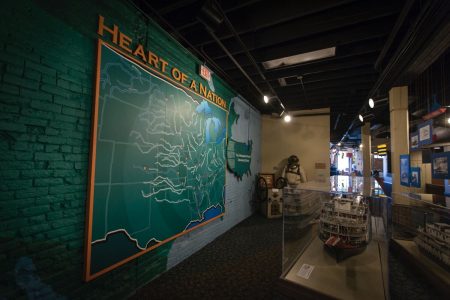 Restaurants are also abundant, with Tasting Table naming Paducah among the best small towns for food in the U.S. For farm-to-table fare, try Freight House (330 S. 3rd St.). Chef and proprietor Sara Bradley, runner-up on season 16 of Bravo’s Top Chef, creates traditional Southern flavors with a modern twist. For lunch or a treat from the fifth generation of local bakers, stop by Kirchhoff’s Bakery & Deli (118 Market House Square). Coffee and tea are available at the connecting Etcetera Squared, sister to the original Etcetera Coffeehouse in the Lower Town Arts District. For local craft beer, try Paducah Beer Werks (301 N. 4th St.), an award-winning craft brewery in a refurbished Greyhound bus terminal. For nightlife, several new bars have opened within the last few months, each with a unique concept and approach to cocktails. The Fox Briar Bar and Barrel and Bond are located in the first block of Broadway, just off the river. The Johnson Bar, River Rose Lounge, Bully Gorilla Bar and Highwater Social Bar are all within close proximity. 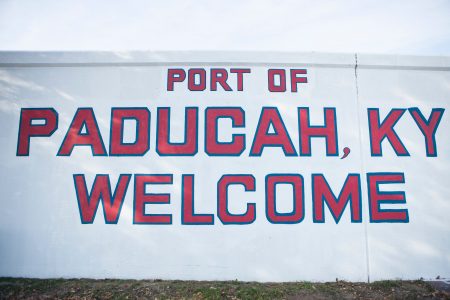 For more information to plan your trip to Paducah, visit www.paducah.travel.

Shelley Byrne is a staff writer for The Waterways Journal and a life-long resident of McCracken County, which has Paducah as its county seat.