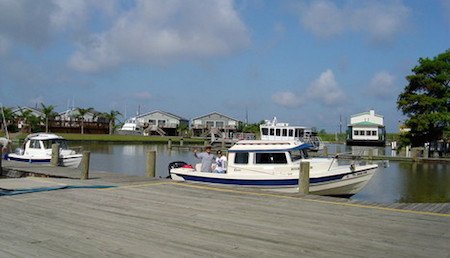 A new economic study, the first of its kind, reveals that the economic impact of the Mississippi River is even greater than was previously thought: revenues generated by activity in and around the river amount to $405 billion a year, and it supports 1.3 million jobs directly. Earlier estimates had put the river’s impact at $200 billion and 1 million jobs.

The study, formally titled the Upper Mississippi River Profile, was announced by the Mississippi River Cities & Towns Initiative (MRCTI), a three-year-old group of mayors of river cities and towns, during its annual meeting from September 15-17 in Dubuque, Iowa. This was MRCTI’s first meeting as an independent nonprofit. The group now includes the mayors of 68 river towns and cities as members, 28 of whom attended the Dubuque meeting.

The study was announced by St. Louis Mayor Francis Slay, a key promoter of the group, during the group’s press conference with a phone hookup to national media.

The study is still in its final stages, and its release was of preliminary findings. The report was the first economic profile of the Upper Mississippi since 1999. Combined with figures from an earlier profile of the Lower Mississippi, it comprised the first-ever profile of the entire river. The profile only includes counties directly adjacent to the river, but suggests that the ripple impacts are even greater.

The profile shows that the top three economies on the entire Mississippi River are manufacturing, tourism and agriculture. It is divided into eight sections or areas of emphasis, one of which is titled “Commercial Navigation.” That topic was not much touched on in the presentations, although Harry Rediger, mayor of Cape Girardeau, Mo., who spoke on the profile of the Lower Mississippi River, did say, “All of you know the importance of commercial navigation.” Other sections focus on clean water, aquatic nuisances, hydropower, ecosystem monitoring and restoration, and spill response mapping and planning.

Roy Buol, mayor of Dubuque and a co-chair of MRCTI, said, “The Mississippi is much mightier than even we realized. The river’s importance to our region and nation is indisputable. We must now move forward strategically and purposefully to protect this national resource and economic force.”

The report has inspired talks of ‎doing a similar profile of the Ohio River, according to Dru Buntin, executive director of the Upper Mississippi River Basin Association. He said talks are underway on using a common methodology to strengthen findings.

MRCTI also announced that it will send a delegation of seven mayors to the United Nations Climate Change Conference (COP21) to be held in Paris, France, from November 30 through December 11.

Viking River Cruises is planning to offer European-style “longboat” cruises on the Mississippi River. Milton Hugh, senior vice president of sales for Viking River Cruises, spoke about Viking’s plans to build six vessels, costing about $100 million each, and to offer three itineraries to start: New Orleans to Vicksburg, Miss., and back; New Orleans to Memphis; and St. Louis to St. Paul.

Hugh said the vessels’ design has been approved and Coast Guard permissions have been obtained. “The shipyards have been priced and they are ready to build,” he told the attendees. Each vessel will carry a crew of about 140. After overcoming what Hugh called some “small financing hurdles,” the owner of the vessels will be Tennenbaum Capital Partners, an investment management firm.

Hugh said the economic impact should amount to $150 million per year per vessel, not including an additional $5-10 million in river cities and towns from passenger spending before and after the cruises.

In response to a question from the audience about where the vessels would be outfitted and drydocked, Hugh said that due to their size and requirements, that could only happen in New Orleans. However, he said onboard crews, including nine engineers aboard each vessel, will perform routine maintenance. “Our own crews can do 90 percent of engine overhauls,” he said.

John Dickert, mayor of Racine, Wis., then spoke about his effort to help found a group of mayors similar to MRCTI, the Great Lakes & St. Lawrence Cities & Towns Initiative, but formed 10 years earlier.

The city’s core was devastated by floods in 1965 and the 1980s, which closed its two largest employers and almost depopulated the downtown. At one point, Dubuque suffered 25 percent unemployment, the nation’s highest.

But since then, more than $200 million in investment in the old downtown known as the Millwork District, including construction of the National Mississippi River Museum and Aquarium, has led to a renaissance as old warehouse buildings are being turned into shops, condos and apartments.

A key component of that renewal was the Bee Branch Creek “daylighting” project. Bee Branch Creek had been covered over in the early 20th century and used for drainage, but the city had outgrown it, meaning the downtown faced floods not only from the Mississippi River but from the underground Bee Branch Creek as well. Between 1999 and 2011, Dubuque received six presidential disaster declarations due to flash floods that caused $70 million in damage.

Following extensive public consultation that got buy-in from property owners and the public, the most expensive public engineering project in Dubuque’s history  uncovered or “daylighted” Bee Branch Creek and restored its ecosystem. Two hundred properties were bought without one use of eminent domain, a point of which Buol was especially proud.

Mark Binsfeld, marketing and business development manager at J.F. Brennan Company Inc., a company founded by his great-grandfather, spoke on J.F. Brennan’s work in the area, including seven years spent on rehabbing Lock 11 and a 10-year, $1 billion project to clean up the Fox River. Although J.F. Brennan is considered a small operator, he said, its facilities in Dubuque, Lansing (Iowa) and Ste. Genevieve (Mo.) together move enough cement each year to build three Hoover Dams, he said.

Keynoters: O’Malley And Pregracke
The event’s two keynote speakers were Martin O’Malley, a former mayor of Baltimore and governor of Maryland who is running for president, and Chad Pregracke, founder of Living Lands & Waters. Pregracke, who spoke about his group’s history of cleaning up the Mississippi and other rivers, was introduced by John Thodos, the mayor of Pregracke’s hometown of East Moline, Ill.,